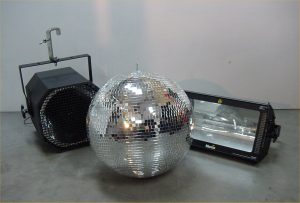 GLS was one of the first companies to take stock of the Clay Paky StormyCC LED strobe – a fine new generation of LED strobes emerging that can tackle the old favourite Martin Atomic head on.  We are super excited at the new range of products now emerging on the market not just in the land of strobes, but all across the effects board:  the MDG ICE FOG Compack HP having had a great run for GLS throughout 2017.

Whatever effect takes your imagination, be it traditional strobes, cheesy disco mirrorballs, low lying smoke or new generation LED – GLS are sure to be able to help.